The choice of local beer in Ljubljana is greatly influenced by the city’s long beer-brewing tradition. The rise of many small local microbreweries promotes the culture of beer drinking as beer brewing is returning to the local and family environments. This guided tour will lead you to four popular high-quality craft beer bars and a pub where you can taste seven beer types by five different producers, three from the central Slovenian region and two from Ljubljana. You will also visit the Brewery Museum of Pivovarna Union, the producer of the popular Union beer since 1864, and you will get to know the rich beer-brewing history of Ljubljana. On this tour, you will taste 7 different types of beer from 5 different producers in four bars; 3 types of beer from the central region of Slovenia, and 2 from Ljubljana. You will also visit the Brewery Museum in Union Brewery where they have been brewing the popular Union beer since 1864. You will complete your beer-drinking experience of Ljubljana in the Union Brewery. 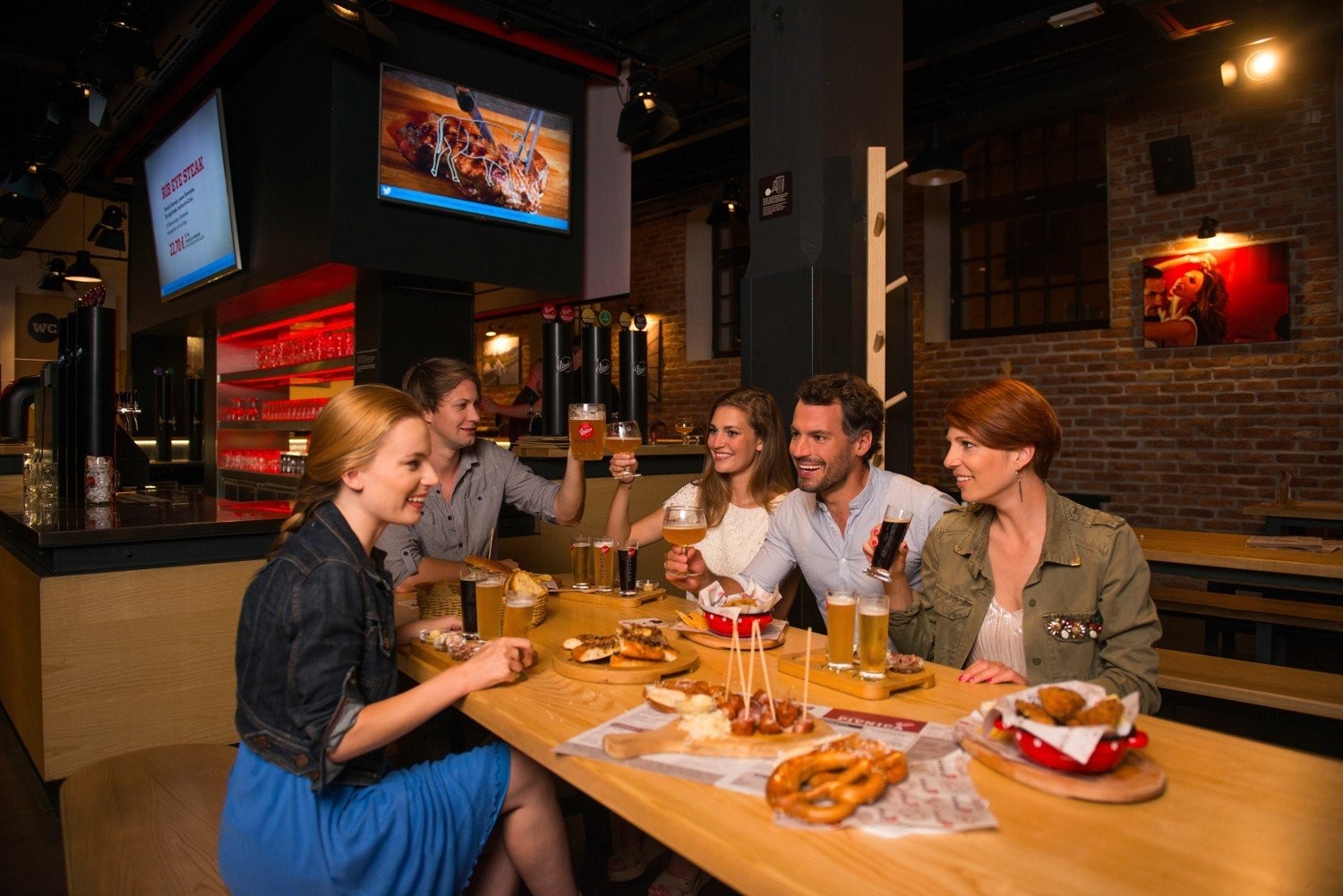 The price includes professional guidance, beer tastings, snacks and entrance to the Brewery Museum. The tour is not suitable for persons aged under 18.

Our website uses cookies to guarantee modern user experience, promotional and visit statistics. By selecting the “I Agree” option, you agree with the use of cookies. If you disagree, you can set detailed settings, considering some of the functionalities and contents will not appear due to the limitations. Learn moreI AGREE TO THEIR USE